Show 82 was recorded in front of an intimate audience in the ICCO House of PR at the Cannes Lions International Festival of Creativity where Russell Goldsmith was joined by Sir Martin Sorrell and Marian Goodell, CEO of Burning Man Project. 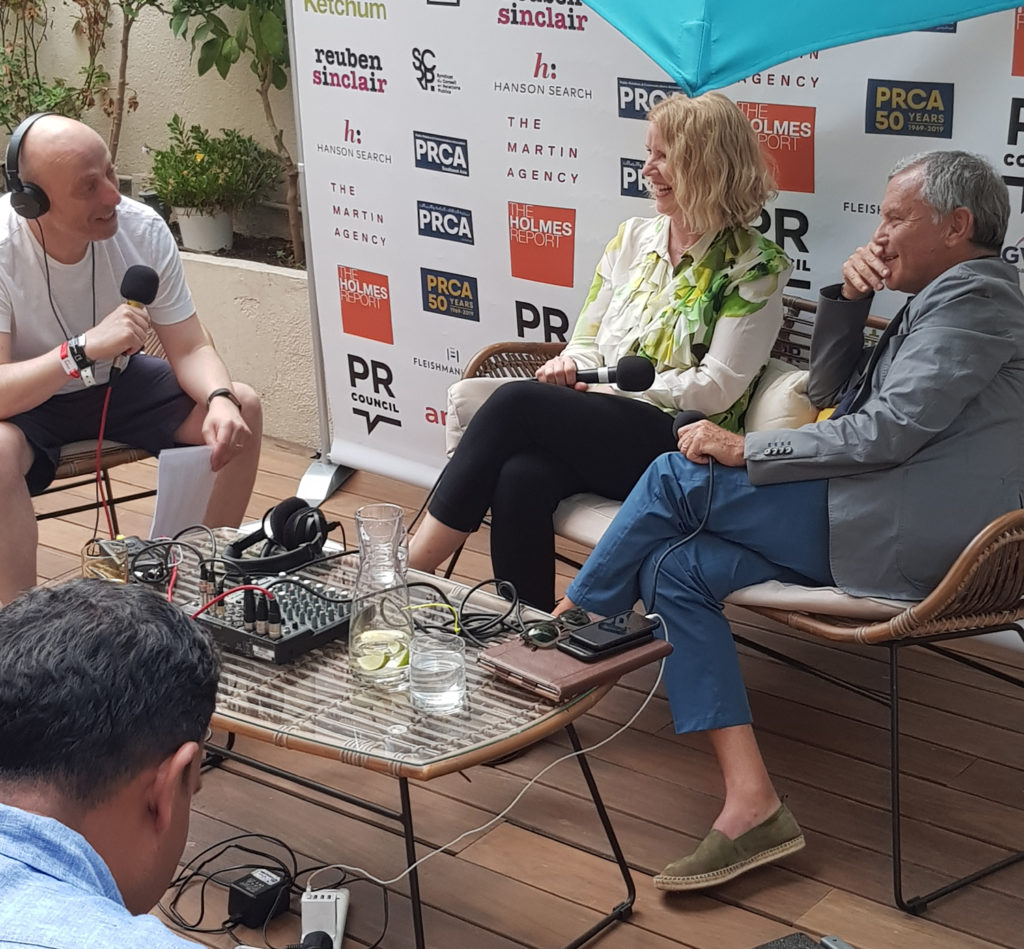 Marian began by giving some background to Burning Man.  She didn’t think people realised the very modest beginnings to it, explaining that it started on a beach in 1986 and was really an artistic act of self-expression from a man who was grieving from a lost love on the summer solstice.  There was probably only 25 to 30 people there. She feels that the real intention of that moment still applies to Burning Man today, which she described was sort of an act from the self – from the heart. They outgrew the beach by 1990 and moved to a desert in Nevada, where it started again at 80 people and now has become a global movement with over 70,000 people visiting across an eight-day event.

Sir Martin said that he has been to Burning Man three times in the last four years and described it as an amazing and unique experience. He explained that it is a pop-up city in the desert / salt flat. It’s not that easily accessible, you can fly there, but most people drive and then camp there.

Sir Martin said that the reason he asked Marion to take part in the debate with him at Cannes Lions was that the advertising industry is going through, what he described as a hell of a lot of turmoil at the moment. Whether it be Google, Facebook or Amazon changing the basis, Sir Martin doesn’t think that they’re changing it as much as people think, but they are changing the way that we go about it, whether it’s consultancies like Deloitte or Accenture causing disruption, whether it’s clients taking back control, which he thinks it is, and doing in-sourcing or mixed models, as well as outsourcing. But what he thinks the industry has to go through is a creative destruction or creative reconstruction and what Burning Man represents to him is significant reconstruction and change. He said that the city is literally created in a very short period of time and then destroyed – it is literally burned. He added that there are parts of it which are recycled, but essentially, it’s a creative destruction process and that’s what he thinks is the metaphor for what he believes has to happen to the advertising industry – it has to radically change in a very short period of time, adapt or die.

He described it as a continuous loop, a new and different model, like an election campaign but with no election date. He said that there’s still big creative ideas behind it, but it’s not fixed TV ad campaigns – it’s a continuous iterative process because it’s 24/7 that has to be done in real time. Sir Martin said you therefore have to change the approach, be much more agile, much more flexible, and have a much more responsive model. For him, Burning Man is, in itself, highly flexible as it changes every year. He said that it’s quite incredible that people create this city – which Marian said takes about a month from the point they survey it and build it and then it takes two weeks to take it down – and then they have the burn of the temple on the Sunday night, which he said is an amazing thing.  Marian said that it has been copied on two different occasions:

Sir Martin explained that the city is arranged like a horseshoe with the playa, temple and the Burning Man in the middle. 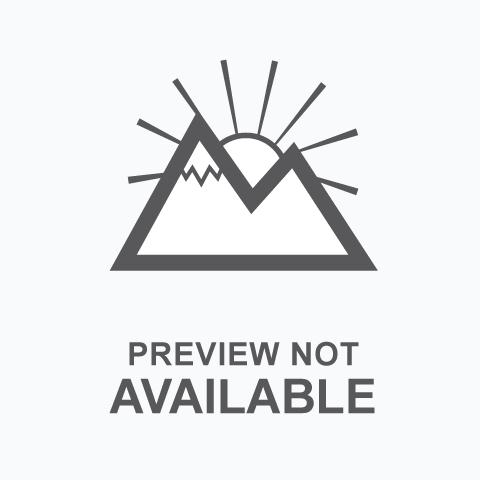 Marian said that there will be over 400 exhibits around the playa and that they are self-made installations. Some people are famous artists that have been shown in New York and in London and they now have people coming from Ukraine and Romania, but some of them are your average person, carpenters, engineers, that have an idea.  She is really proud of the fact that they have nearly all 50 US states represented, plus 20% of the participants are from overseas – at least 40 different countries including from Europe, Japan, China, South Korea, Australia, New Zealand and South America.  She said that access to air travel and changes in global economy have made it so Burning Man’s population is more diverse and more interesting with more languages spoken.

Inevitably, Burning Man is now approached by brands for commercial tie-ups, but Marian said that it doesn’t challenge their ethos.  They don’t really have to do proactive publicity as it takes care of itself, but from the very beginning, they’ve had brands that want to give away their product to Burning Man, but they don’t allow that at all, nor do they allow flyers to be passed out or any camp to have the name of any product.

In fact, Marian said that you would go to Burning Man to unbrand yourself. People even cover the logos on their trucks.  She explained that you’re applauded for unbranding yourself, not wearing a T-shirt that says a brand.  In fact, she said a reporter from The Washington Post tells a story about how he turned his T-shirt inside out once he realised that people were laughing at him. So as Marian said, Burning Man has been approached by famous agencies and organisations, such as Vogue who asked to do a photo shoot, but she doesn’t think it’s a challenge to say no. What is a challenge, however, is the new influencer Instagram culture, who want to come to Burning Man and then tag the clothes that they’re wearing.

Russell referred to an article on bloomberg.com titled ‘Burning Man, it is its own worst enemy’, that talked about the challenges that Burning Man faces to its own rules and beliefs such as leaving no trace, as well as focusing on issues including air pollution, noise pollution, and public health risks.  However, Marian said that the article directly came out of the fact that they had just applied for a 10-year permit from the US Government that required an environmental assessment called an an Environmental Impact Study (EIS), which took a year and a half.  She said they are required to look at all of those issues such as:

Marian said that article was published before the permit was released and for the most part, for all of those issues, there was nothing largely negative that came from it. She said that they are very applauded for the fact that they have no garbage cans at Burning Man, which is something that anybody that produces any kind of event with more than a couple of hundred people finds incomprehensible. However, participants are expected to take everything away with them.

Marian explained that they have an inspection process where the government does testing on little spots – there’s a nine mile fence around the city and they do random tests where they walk four or five feet apart from each other and pick anything straight up that they found and continue to make the grade. She said that if you’ve been to Glastonbury or any large festival, every three or four hours someone’s coming and pulling the rubbish out of the rubbish bins but that doesn’t happen at Burning Man because if the participants see a water bottle on the ground, they pick it up. They don’t even step over it.  People just feel like, “oh oops this must have fallen out of someone’s backpack, because nobody takes a glass of water or a cup of water and puts it on the ground and walks away”. Marian said it’s the culture and that’s an important part of it. It’s a cultural expectation for the participants to behave in a particular way.

Burning Man is not franchised but Marian said that they do encourage people that have experienced Burning Man to do something passionate from that experience on their own and that might be creating art in their community. They now have 80 events around the world that range from a one-day street fair.  She feels that Burning Man really teaches you how to engage civically – people get a permit and make a street closure and it might be just a block and the next year it’s two blocks and the next year it’s four blocks and some are overnight events – Israel’s is six days, South Africa’s is six days, China’s is three days.