The second of three shows recorded at the Global ICCO PR Summit.

Topics covered in this episode include Brand Relationships and whether Timesheets are dead, but the show started with Russell Goldsmith interviewing our 100th guest on the series.  This milestone was shared with former CEO of Huntsworth plc, Lord Chadlington, who had just delivered the opening keynote for the second day of the conference on the topic of creating the consultancy of the future. 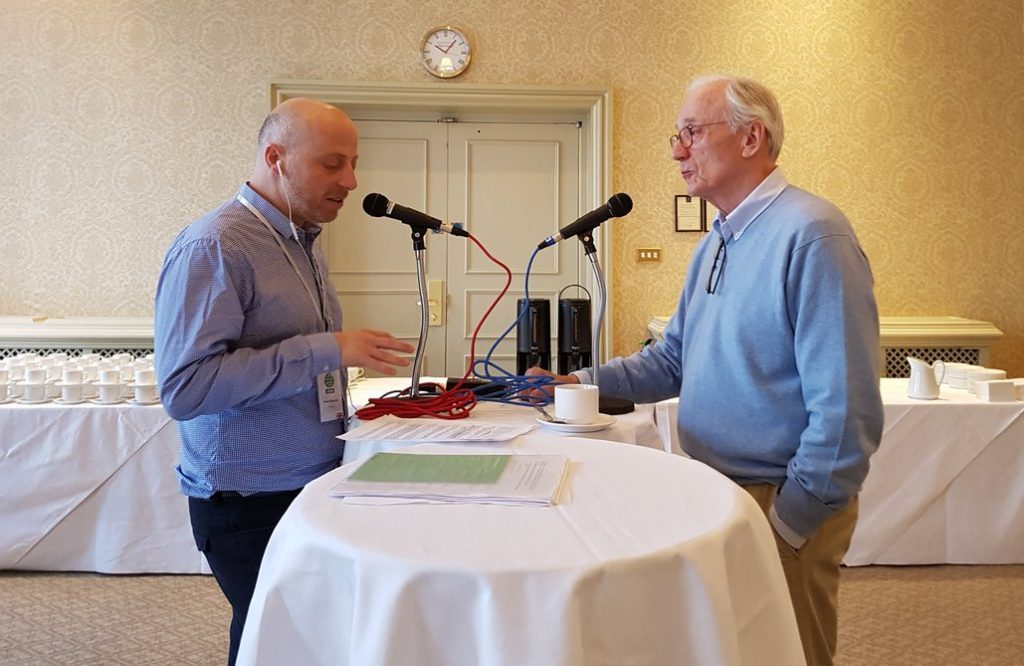 Lord Chadlington’s main message was that the PR industry is in a very difficult place because, increasingly, the traditional work is being taken over by software and so agencies have to decide what kind of business they are going to have as someone else is ‘eating their breakfast’!

He talked in particular about media influence and the impact social media is having, not just on business but on politics too and particularly on how politicians will need to communicate over the issue of Brexit. This gave us the perfect opportunity to get Lord Chadlington’s views on the events of the last six months, which he summed up by saying that if had been a story line in a Jeffrey Archer or Michael Dobbs book, everyone would have said it would have been impossible.

On David Cameron, Chadlington believes he has behaved with great dignity and that he has accepted that the country didn’t want to do what he wanted to do, but that giving them the choice was the key thing.

#ad – Many thanks to global media intelligence provider CARMA for supporting this series of shows produced from ICCO.  Please do visit their website to find out more about how they can help you deliver actionable insights through media monitoring and PR measurement.

For part 2 (starting at 8:31) Russell was joined by Michelle Hutton, Chief Operating Officer at Edelman Europe to talk about the findings of the latest Edelman Earned Brand Study. 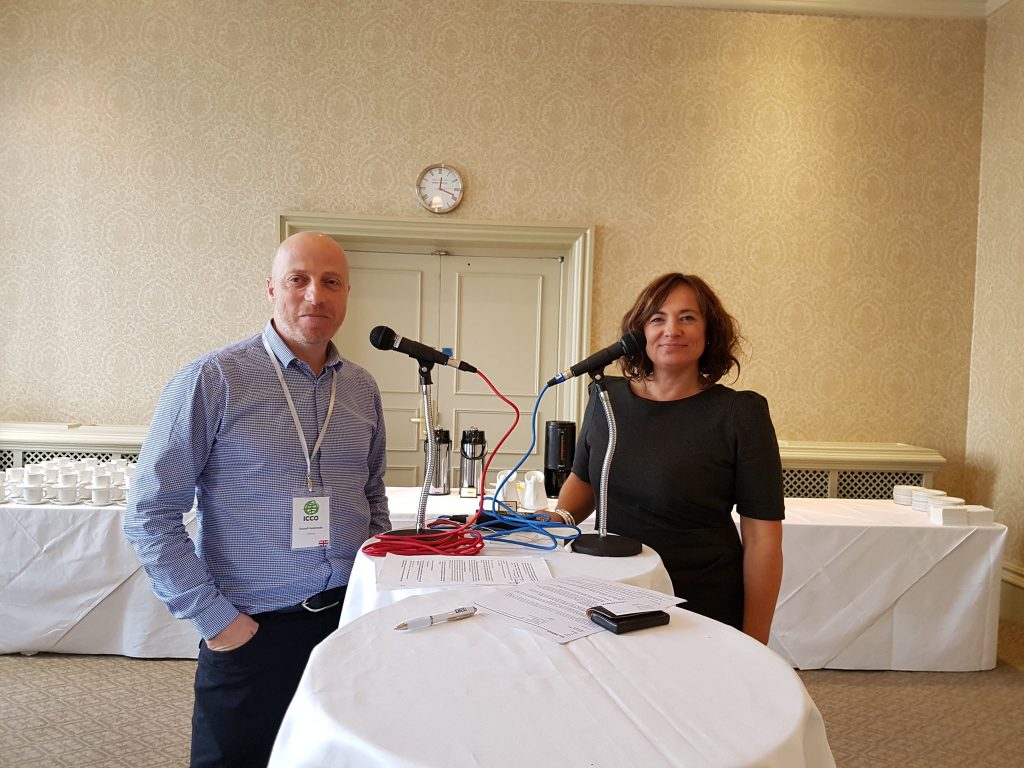 The theme of this year’s study was disruption, particularly looking at how brands themselves, across 18 different categories, can be disrupters, and this was achieved by researching over 13,000 consumers across 13 countries.

As Michelle explained, marketers have spent a lot of time and money getting consumers from being aware, through consideration and preference, to being loyal.  However, Edelman have found that there is something special beyond loyalty and that if you can get consumers to be committed and really invested in a brand, they will do some pretty amazing things.  Therefore, as part of their study, Edelman have developed a methodology to be able to measure how marketers can be disruptive in their brand relationships with their consumers.

Michelle said that many people think that in low involvement categories, the concept of being committed is not relevant, but actually, in every single category that Edelman explored, they found that there are already many people committed to brands in those sectors.  However, where many brands are falling short is around the concept of shared value.  For example, those people who want to be committed to the brand want to feel like they are part of the conversation around it – they’ll advocate for the brand, defend them in times of crisis and are there waiting.  However, whilst brands listen well, many don’t often respond well, and therefore, it’s those brands that use those committed consumers to their advantage who are doing it well.

The highest brand relationships index scores turned out to be in China and the lowest was in the Netherlands.  As for age splits, millennial males were found to be the most engaged segment with brands, which Michelle found surprising.

Michelle then went on to talk about how this all leads to how you can engage consumers to take real action around a brand and she cited Unilever as a best in class example of a company encouraging all of their brand marketers to think long term and creatively about how purpose can not only drive business results through their brands but also make the world a better place.  She also said that disrupter brands understand the shared economy and the power of peer-to-peer and so marketers in more traditional companies need to look at those start-ups, their business models and how they engage, respond and communicate with their consumers.

In the final segment (starting at 17:40) Russell was joined by Graham Goodkind, Chairman and Founder of Frank PR, to chat about why, in Graham’s opinion, there is no place for timesheets in PR.  In fact, since he started Frank PR 16 years ago, Graham’s company has never once tracked time or used a timesheet!

Graham explained that he set his agency up on a completely different premise [from those that charge by time], which was to sell ideas, creativity and results to their clients and so on that basis, he questions what time has to do with it.  His view is that PR agencies shouldn’t be selling time – they should be selling output rather than input.

Graham also doesn’t use timesheets to track how his business is run internally, preferring to go on, as he describes, “gut feel good old fashioned management”.

Ahead of being part of a panel at the conference arguing the case against the use of timesheets, Graham carried out some research of his own on the topic using twitter and received around 100 responses, of which roughly 90% used timesheets. However, when he asked them whether they had ever filled in a timesheet inaccurately, incorrectly or retrospectively, or in any such way that the ability to be accurate was compromised, a staggering 90% said yes!  Graham’s immediate conclusion from that first question therefore, is that most timesheets are indeed a waste of time!  Added to that, 65% of respondents said they know other people in the industry who they didn’t believe completed timesheets accurately either.  Furthermore, 70% of Graham’s respondents either agreed or agreed strongly to wanting to work in an agency that doesn’t use timesheets.

Crucially though, Graham’s final question found that 71% of respondents felt that clients were apathetic at best to the use of timesheets by their agencies.

The challenge, therefore, is in how to charge the client, but for Graham it’s all about having a conversation with the client about the value you [as an agency] create in their business.  He uses the example of coming up with a great idea in a brainstorm within 10-15 minutes that has then gone on to form the basis of an award winning campaign.  That should not mean that that particular idea was only worth 15minutes of time.  In fact, that 15 minutes is a result of 25+ years of experience in the industry, and only the client can put a value on that.

Graham’s advice to any agency not currently charging their clients by time but looking to do so is to try and change culturally how they go about PR before they change the system, i.e. don’t be obsessed about time, but be obsessed about the output and the results and the value you are creating for clients.

If you subscribe to the show, please can you give it a positive rating and review on Apple Podcast in particular as this helps it up the charts!