This is a new book on Public Relations featuring 39 essays from authors around the world, brought together by UK CIPR President Elect 2017, Sarah Hall. The book is available to purchase in print or on Kindle from futureproofingcomms.co.uk 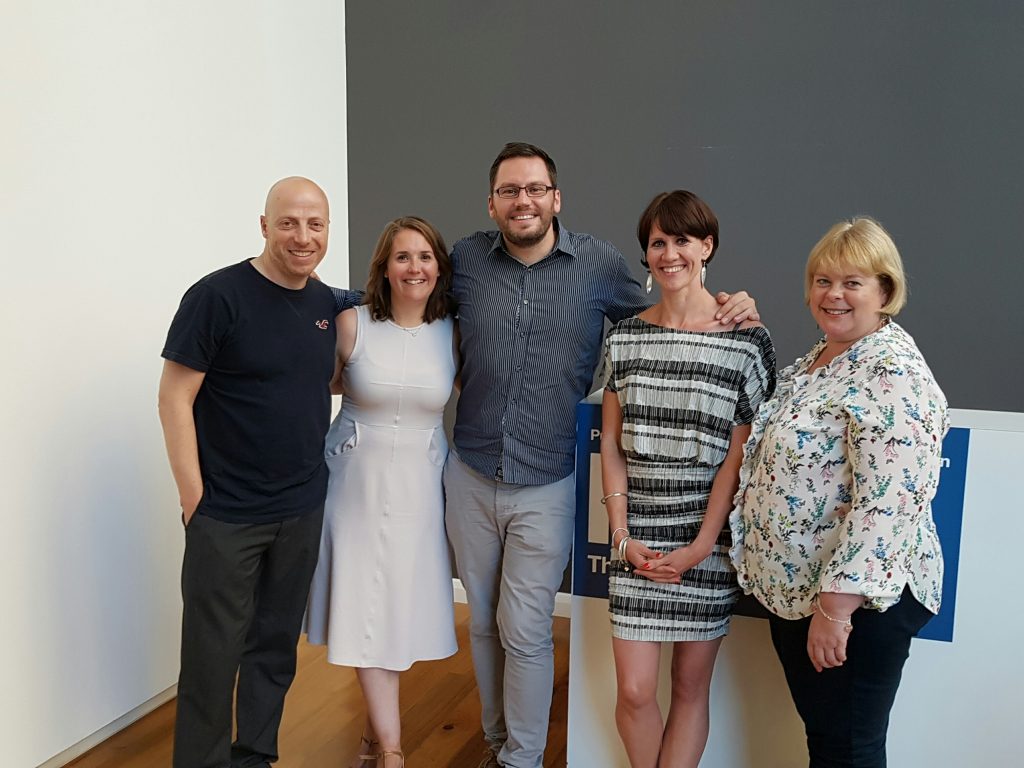 Russell Goldsmith interviewed a few of the chapter authors, but spoke initially to Sarah, who explained that the first edition of the book had achieved more than 2500 downloads and sales, which is why she was convinced that there was an appetite for a second book.

As with the first edition, this new book’s authors were crowdsourced and covers a wide range of topics that are of importance to the Public Relations industry.

The first of the chapter authors Russell spoke to was Sarah Clark, Head of Communications Insight at the Department of Health.  Sarah wrote Chapter 19 together with Jim Macnamara, Professor of Public Communication at the University of Technology in Sydney. Their chapter title is ‘A listening and insightful future: Changing PR Practice to Deliver Audience Led Communications’.

Sarah explained that the subject she had written about was about developing communications around how consumers see themselves, so thinking about the consumer needs and how to then use those in an innovative way.

Through Professor Macnamara’s work, Sarah said that they know most organisations aren’t doing genuine two-way communications and it’s something she thinks the Public Relations industry needs to improve at.  She also believes there are a lot of opportunities to be more innovative in the way we can carry research and insight, enabling us to get closer to audiences.

Sarah said the most important thing, once you have garnered any insight from lots of different sources and pooled it together, is to take action upon it.  It’s not about looking at one individual source of information.  She added that it’s also key to drill down into that data – too many organisations in PR talk about the public at large, rather than focussing on segmented audiences and what life feels like for individuals.

Sarah’s chapter talks through many tools that can help some of the actions she recommended and some of the ones that have worked well in her own role at the Department of Health include online public panels, in-depth social media listening (to conversations live as they happen) and video diaries.

The next guest on the show was the author of Chapter 34, Darryl Sparey, UK Business Development Director at Hotwire PR, who had written about ‘How The Futureproof PR can embrace the opportunities of SEO.’

Darryl made the point that SEO is as much about creative and content capabilities as it is about the technical aspect.  However in the Public Relations industry, many agencies are facing the challenge that SEO agencies are ‘eating their lunch’.  They therefore need to respond by either hiring or acquiring the relevant expertise – something that some agencies are already acting upon, following the news that Threepipe had acquired Spot Digital back in July.

The key for SEO and Public Relations to best work together is to stop treating them as separate things, according to Darryl, and to start calling it integrated communications.  He explained that there are a number of factors that could affect your Search Engine rankings.  These could include the back-link profile (how many links are from quality domains) and what keywords you are optimising for, as this has a messaging implication.  If all of your external messaging is around a particular aspect of your product set that no one is searching for online, then you are going to have an SEO problem and perhaps a messaging problem as well.

Darryl believes Public Relations should be leading the relationship with SEO simply because 50% of what influences search engine ranking positions is links from high quality third party websites.

To finish off, Darryl provided a number of resources to learn more about SEO:

For the final interview of show, Russell was joined by Tina Fegent, an independent procurement consultant, whose chapter in the book is titled ‘Speaking the language of Procurement’.

Tina’s chapter opens with a quote from Astronaut, John Glenn:

“As I hurtled through space, one thought kept crossing my mind – every part of this rocket was supplied by the lowest bidder.”

Tina explained that she used this quote as it sets the scene nicely given the fact that the feedback she gets from many agencies that she deals with is that procurement is always focussed on the lowest costs, which she agreed many are. However, there are other things, such as value, ROI, PR Coverage that drive procurement when dealing with PR agencies, that Tina said she wanted to explain though her chapter in the book.

Tina suggests finding out how the procurement teams that you deal with are targeted, as it’s not always necessarily on cost savings.  However, she explained that procurement’s role is to manage the supplier base and to make sure they are maximising value and reducing risk.  The process therefore involves the following steps:

One interesting aspect of Russell’s chat with Tina was about RFPs and whether start-ups or relatively new agencies have any chance of getting through the process given the procurement team of a major corporation will probably expect to see around three years of audited accounts from anyone looking to pitch.  If that is the case, Tina’s advice is to be brave and actually make a decision as to whether it’s worth going through the detailed process (some RFPs could be 40 pages) and weeks of someone’s time against the opportunity cost of that senior person’s time, if they are the one filling in the form.  However, if you are going to pitch but don’t have the right number of years audited accounts, then, according to Tina, you should just be open and explain your situation, but perhaps back it up with a letter from your bank manager, for example.  Basically, don’t be scared by the documentation and explain wherever there is a dip in profits if, for example, it was because you moved premises.  Don’t let the procurement team interpret your responses and make their own assumptions, as they could of course be wrong.

Also, all previous shows of the csuitepodcast series are available on Soundcloud or itunes and please, if you subscribe, can you give the show a positive rating and review on itunes in particular.