Show 26 continued the interviews being recorded on location at Cannes Lions. 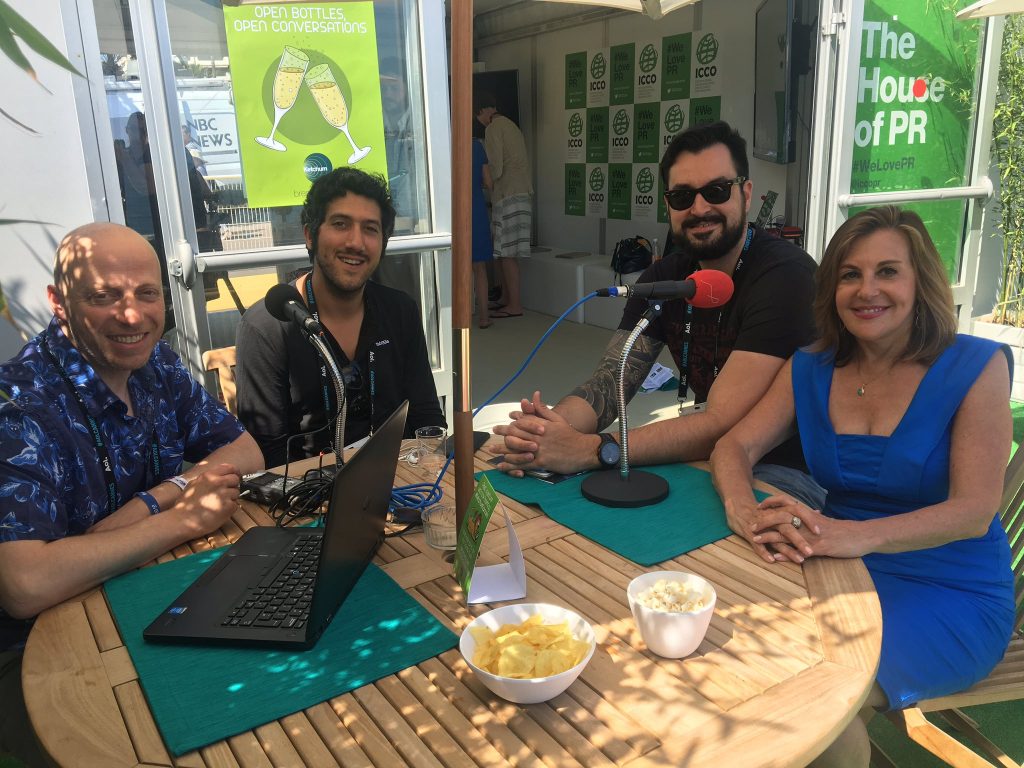 The topic of the chat was Age Agnostic Content.

Karen started by referring to a story that Ad Age ran in November 2015 saying that 2016 would be the year for Age Agnostic Marketing.  She interpreted this to mean that we will finally take advantage of the power of the Internet to identify people by shared interests and abandon the practice of writing creative briefs aimed at people by their age.  However, Karen still sees briefs targeted by demographics rather than psychographics, hence why she had put together a panel for Cannes to address when age does matter and when it should be ignored in favour of marketing to passions.

In their session at the event, Adam said that smart marketing goes beyond age and into value and passion and in our interview he added that the notion of demographic and what marketers are looking for is completely changing and evolving.  He believes that people are so overwhelmed with information and so as a marketer, you need to start with what is it that you are trying to address for those people so that whatever you create may be valuable to them.

Karen now pushes back when she gets briefs that talk about targeting age groups.  She argues the case for using data analytics to discover what the relevant and shared passions are, so that she can better understand who the client is trying to reach, as this will help understand what content needs to be created to make the right connection.  She doesn’t believe you will connect with people by reminding them how young or old they are!

Gabriel described a great example of a campaign for a brand that is challenging the Age issue.  He talked through a project that Ketchum produced for Pfizer in Brazil, where their brief was originally aimed at millennials about ageing.

Gabriel explained that their view was that the target audience on the brief wouldn’t care too much about the issue at hand, so they had to think of a way that would provoke them and get everyone to pay attention.  Ketchum therefore responded by filming young and old people answering the same questions about their lifestyle, the results of which showed a new reality.  Ketchum found that younger people are lazy, staying home, watching Netflix, don’t go out with friends and are not having sex!  With old people it was the opposite. They are active, playing sports, travelling, having sex and falling in love again.

The results of the campaign were fantastic across social media in Brazil.

This was very similar to the big winner at last year’s Cannes Lions, the #LikeAGirl campaign, from Always.

Both videos are simply shot and rather than relying on visual effects, they work because the story telling is so good, which Gabriel agreed with.

Russell interviewed Mark Borkowski who was reviewing what he thought of the festival and how it has changed since his first visit around 20 years ago, although he still gets the same buzz from being there. 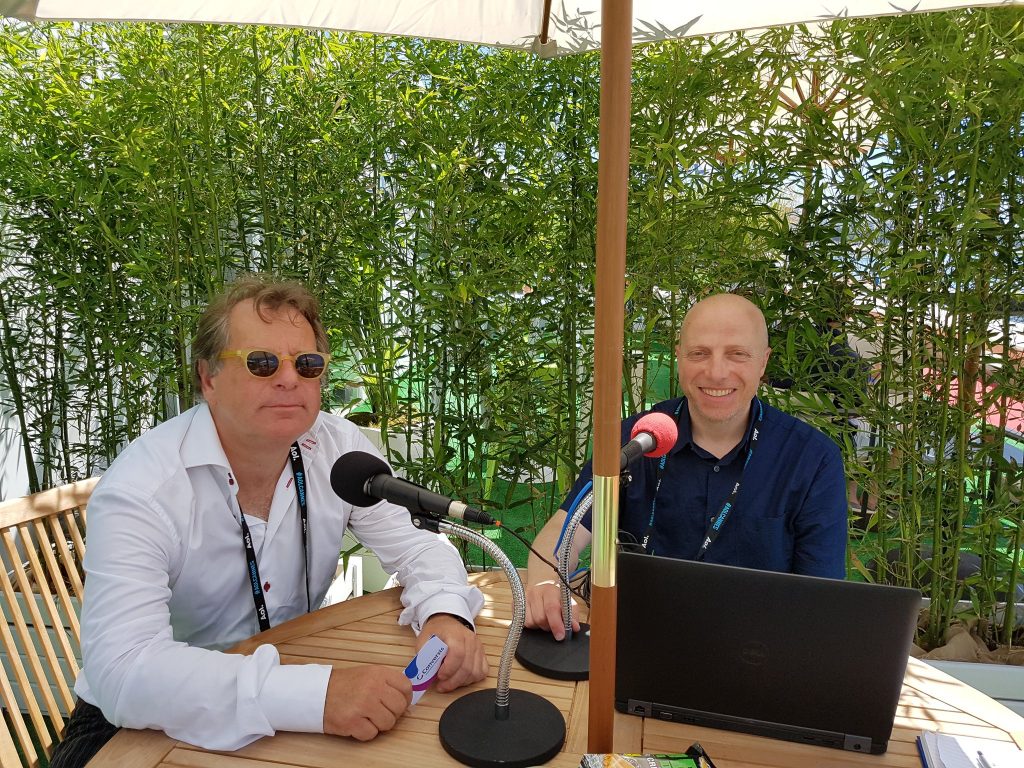 Mark had been to eight talks and two highlights included Brian Chesky, Founder of Airbnb, and  Madonna Badger’s inspirational talk about her life and career.

Here is the full video from Madonna Badger’s #WomenNotObjects campaign

Mark believes Cannes is a dichotomy as the event needs talks like those mentioned above to make it feel sexy but ultimately it’s the networking and the deals that are going on that is the real driver for the week.  He therefore understands that the networking outside of the main hall is a huge part of being there but at the same time he doesn’t think that delegates are getting enough benefit from the presentations.  However, he feels that the younger attendees are seeing the talks and being inspired, which he said is brilliant, although it’s to the loss of all those who didn’t even see one talk.  He feels that you have to come to Cannes to learn and see what other people’s work is and that at the end of the day, “you can get pissed on any night of the week in any bar in any place in the world!”

With regards to the fact that, as mentioned in previous posts, the PR industry had struggled to win many awards at Cannes this year, Mark felt that PR was on the cusp of doing something very significant a few years ago in terms of owning the space, but has missed the opportunity and the media and content agencies have now regained the ground.  He referred to blog post James Nester, Executive Creative Director, Weber Shandwick, which talked about the fact that lines between PR, Digital and Sales Promotion campaigns are blurring and so it’s difficult to choose [which agency you use].

However, Mark doesn’t believe PR is stamping down what PR can do greater than everything else, which is to reach mass influence, and feels the industry has lost it because it wants to seem relevant.  Of course he agrees the PR industry has to change but he strongly believes it still has to hit mass reach and so was frustrated when looking at a lot of the award nominees.  He said it was all about finding bloggers and influencers, but was bypassing what still has mass impact, which is mass media.

Sam had been at Cannes presenting a sessions called ‘How to be a legend in your lunch hour’. 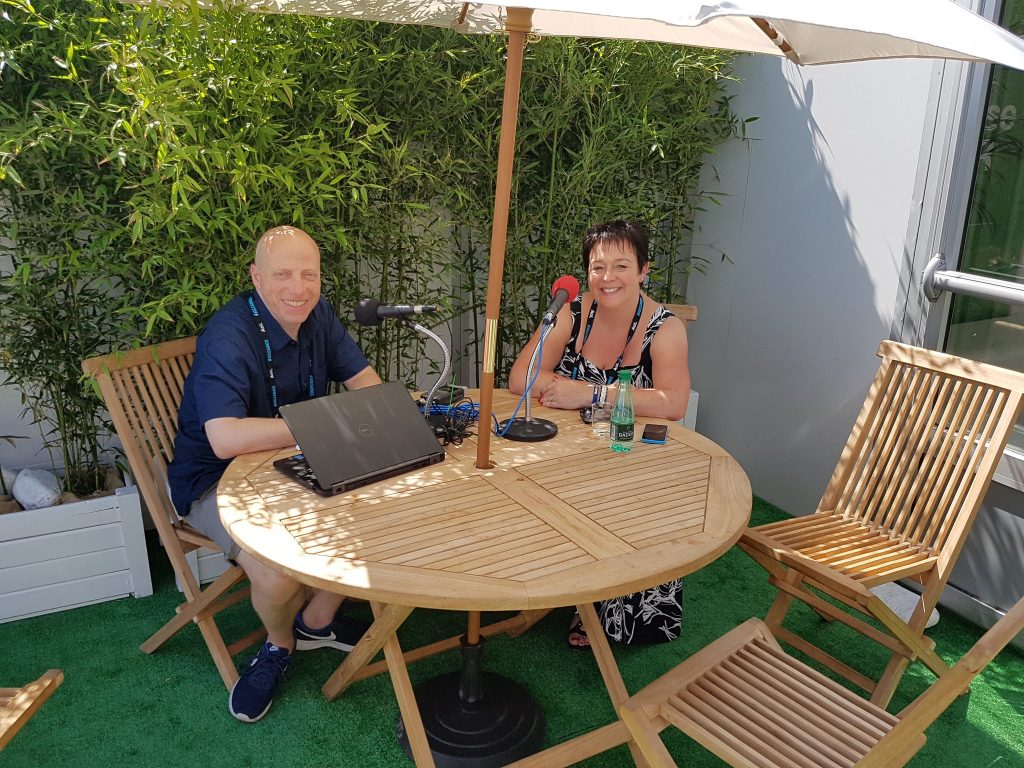 She explained that this talk was about sharing the five qualities GWR believe are needed to be a record breaker and the best in the world – Imagination, Differentiation, Dedication, Validation and Amplification.
For people of a certain age, there is a lot of love for Guinness World Records, growing up watching Record Breakers on TV in the 80s and flicking through the huge book each year wondering how to get an entry into it for some of the more bizarre records.

But perhaps, what a lot of visitors to Cannes weren’t aware of, was how brands are now using world record attempts to amplify their messages and generate positive PR.  Sam was therefore looking to inspire her audience to do just that, whilst of course provide an opportunity to partner with GWR.

Whilst GWR have published their book for 61 years (now in 26 languages across 100 countries), they now have almost 11m likes on Facebook but Sam said that they have been working with brands and agencies for around six years and have actually worked with 48 of the top 100 brands in the last 18 months alone.  With over 50,000 records, she explained that there are opportunities for organisations in any industry.

In a previous interviews at Cannes, Russell spoke to Karen Strauss of Ketchum about Age Agnostic Marketing, and Sam agreed that breaking records is certainly one form of content that appeals across all ages.

In terms of her own highlights from Cannes, Sam really liked IPG MediaBrand’s session on Brand Dynamism where they talked about how to measure a brand differently by looking at four qualities – Agility, Responsiveness, Innovation and Sociability.

This struck a chord with Sam on how GWR has had to adapt from being just a publishing company to survive and grow over the years.  In fact, they are now moving into the live entertainment market as they are opening a Guinness World Records attraction next autumn in North America.