This was a very timely show given in recent weeks we had seen the following Crisis Communications stories: 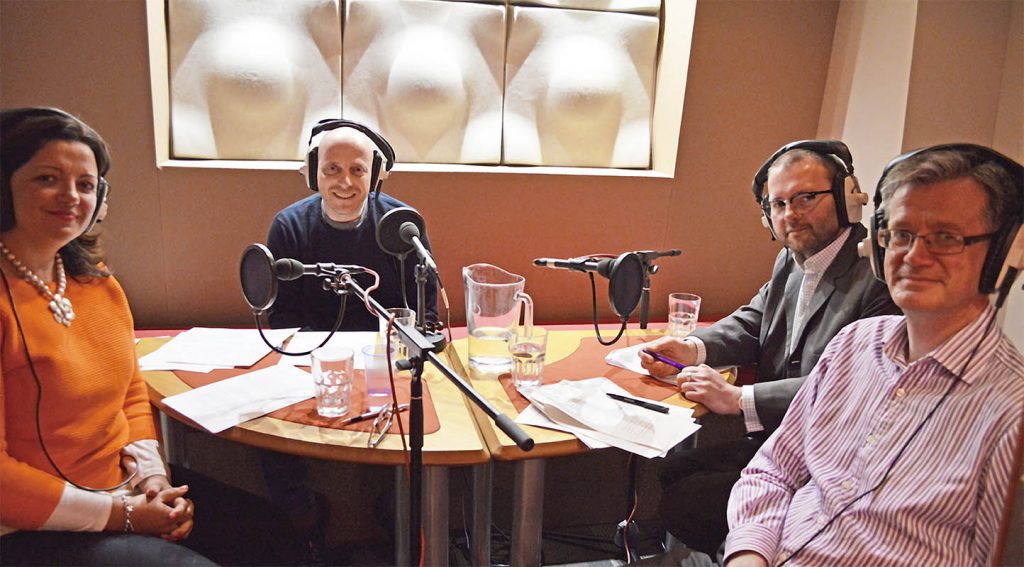 The general feeling from all guests was that Alton Towers had responded very well to the awful incident and that this was possibly reflected in the positive comments they had received on their Facebook page.  Andrew pointed out that they probably wouldn’t have had this reaction, had they not done the right thing and been so proactive, with Merlin CEO, Nick Varney, leading from the front.  This ensured the company took responsibility, undertaking difficult media interviews, such as the one he did with Sky News’ Kay Burley.

Off the back of the interview in question, Ms Burley managed to deflect the attention away from Nick Varney, who she attacked rudely and at times, viciously, and turned the situation into a crisis of her own.  At the time of writing, over 50,000 people had called for her to be sacked by Sky.

Andrew’s take on that interview is that he thought there is a need now for journalists to sharpen and tailor their output to get shared on social media.  It’s something those working in crisis communications need to be aware of, as questioning will get more hostile as the journalists look for that exciting soundbite to get shared.

Sarah emphasised the importance of being able to say ‘we’re sorry’, and that you have to have empathy and show some of your feelings.  She believed Merlin had done brilliantly and that we’d felt for their CEO as he seemed to be having a difficult time.  Sara stressed this was a good thing because as a consumer, she would want to see that he is upset by what had happened, although that doesn’t mean we think it’s his [or the company’s] fault, as we have no idea at this stage.

Bringing it back to role social media has to play in crisis communications, Andrew highlighted that the medium is a very emotional and often emotive environment. He said that the problem is that if you, as an organisation or a spokesperson for your organisation dealing with a crisis, don’t demonstrate sufficient empathy and emotion, then social media will do it for you.

Comparing Alton Towers to Thomas Cook, Andrew highlighted that the latter was a very sad spectacle of a company hiding behind its lawyers and demonstrating no evidence of having an ethical approach of dealing with the situation.  He highlighted this by them being on the back foot and then trying to remedy the situation by making a donation to a charity completely independent of what the family concerned might have wished.

Stephen added that where social media has changed the dynamic in dealing with crisis communications is in the speed of response.  He gave the example that at one point, he believed FIFA were up to about 8000 comments or questions on their Twitter feed, but had provided no response or statement.

Other areas covered in the interview included the horse meat investigation.  Stephen described this as the biggest incident/crisis that he has had to deal with in his time at the FSA and the first where social media played a significant role.  He also talked about the FSA’s latest campaign, their 2015 Chicken Challenge,  which has the objective of educating consumers about campylobacter in chicken, which is the most common cause of food poisoning in the UK.

With thanks to markettiers for hosting and recording the show