The 12th show in the series presented by Russell Goldsmith discussed working with online influencers.

Hannah Witton kicked off the show discussing how she joined the online influencers when she launched her YouTube own channel, which started as a hobby during University and now, working with Triple A Media, has become her job.  She’s created a niche for herself by discussing sex and relationships on her channel, although was quick to say that she doesn’t want to ‘box herself in’ as she does a lot of other ‘stuff’ too.

However, it was due to the nature of Hannah’s content that Durex recently approached her via Multi Channel Network (MCN) Channel Flip, to run a campaign for them.

Her video, below, is an excellent example of how brands are working with influencers on YouTube:

The key to remember in this campaign is that, as well as ensuring everything was cleared legally, whilst Durex had certain key points that, as Hannah described, they wanted her to hit, she still had full editorial control.  This was a huge part of our discussion during the show, in terms of understanding the way these types of brand partnerships work with influencers.

James Erskine, Strategy Director at The Big Shot, cited a great quote from another YouTuber, Jim Chapman, at a recent Drum conference, where Jim had said, ‘we’re not actors’.  James explained that what The Big Shot say to their clients is that they will not have approval, but they will have veto, explaining the subtle distinction between ‘taking stuff out if it is inaccurate or legally wrong’, but not being able to insist on putting stuff in.

Hannah believes the reason brand partnerships work, like her one with Durex, is because when it comes to vlogging, as a YouTuber, she has a personal relationship with her audience.  As long as that is kept authentic and transparent, her audience actually become really supportive in her being sponsored.  She explained that her subscribers can see that making YouTube videos is something she loves doing.  They are equally happy that it’s something she gets to do as her full time job and that they are clever enough to know that the way she does that is through working with brands.

However, with that particular Durex campaign, there was also a competition and a discount code, meaning her audience benefit too. 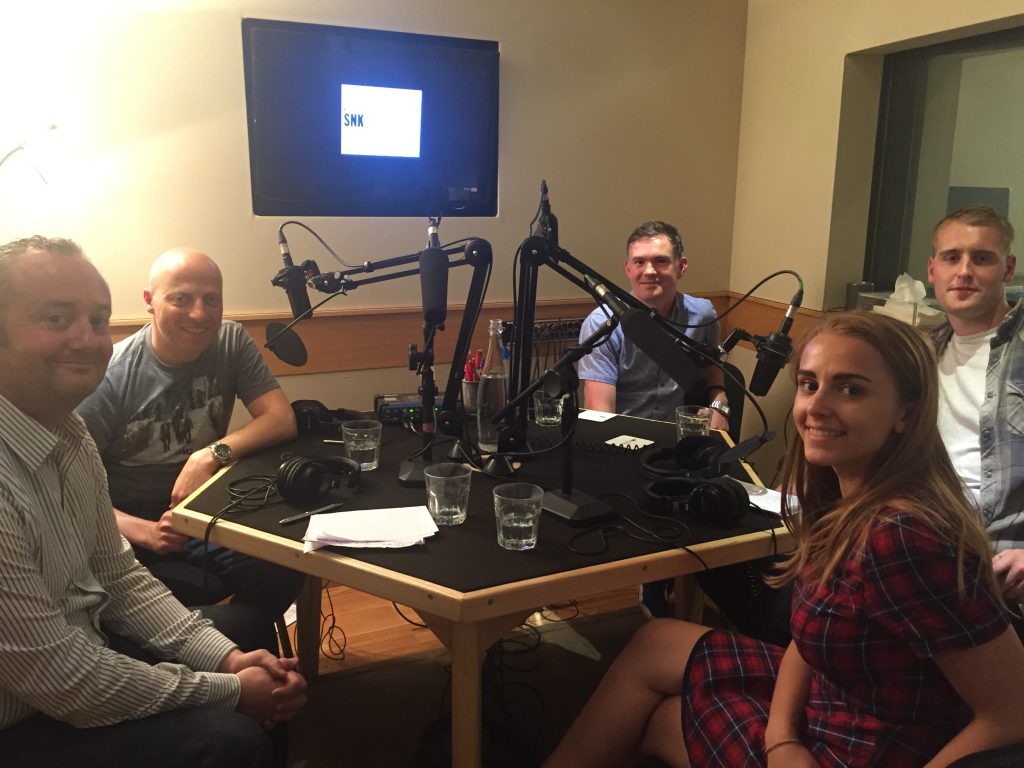 In terms of keeping a balance, James Hancock of Triple A Media said that for every sponsored YouTuber video we see, there may well be 10 that haven’t worked out, which could be because the influencers or the Talent Management have rejected it because it’s not right for that specific YouTuber.

There were also loads of really good insights into launching your own brand’s channel throughout the show from Dom Burch, Senior Director for Marketing Innovation and New Revenue at Walmart in the UK.  Dom talked in a lot of detail and shared key learnings about how, with the help of Gleam Futures, they launched Asda’s UK channel ‘Mum’s Eye View’, which has grown to have over 168,000 subscribers, reaching over 8m views since launching in March last year. He explained that effectively, they ‘rent’ the Social Talent’s audience, drawing a percentage of their audience from their own channels over to Mum’s Eye View when they appear there.  However, he is insistent that the YouTuber should never make a video for Mum’s Eye View that they would not be happy to post on their own channel.  He also explained how he measures ROI, saying that the amount he invests is worth every penny in reach alone.  He compared spending the budget on pay-per-view via pre-role on YouTube, where he could easily spend 10p to get one view on YouTube and the engagement is tiny.

Dom uses YouTube ‘thumbs up’ and comments as a way of measuring engagement as success, seeing tremendous results from the content created by the YouTubers on Mum’s Eye View, particularly as he hasn’t used media spend to drive people to the content.

A recommended way to discover which Social Talent to work with is via a new service launched by The Big Shot called Social Circle, which, as James explained, tiers talent in terms of size of audience (so not just the top YouTubers with the huge following) and places them across a number of different verticals.  The site is aiming to be a one stop shop in terms of allowing brands and agencies to brief multiple talents on their campaigns.

For any brand looking to work with influencers for the first time, there were a number of important tips throughout the podcast, which included: