In our first podcast, The Stroke Association’s Joe Korner, joined Russell Goldsmith to discuss use & understanding of Social Media in the boardrooms of the Charity sector. 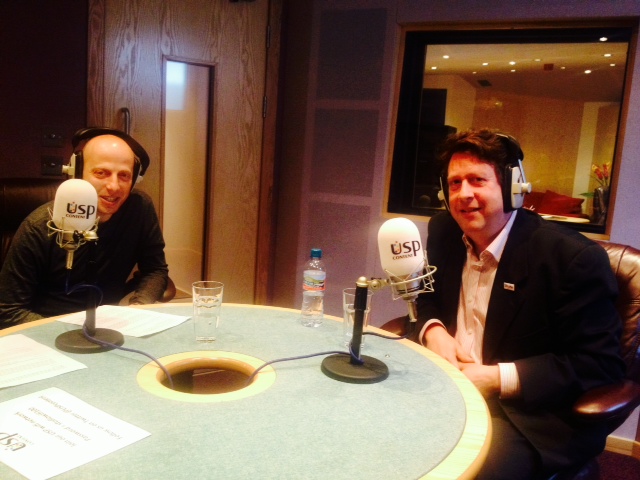 With Joe Korner (right) of the Stroke Association

Joe has been in his current role, Director of External Affairs, since 2005.  When he started, social media was not around but now the board see it as extremely importance. They are learning as they go and started by encouraging volunteers of the charity to set up their Facebook page. They are now building a community via social media, which has become a crucial part of the service they provide.

There are some charity campaigns that have gone viral, such as the ‘No-makeup selfies’, raising over £8m for Cancer Research in less than a week, although the charity themselves said they didn’t even start the campaign and Joe said that one of the great things about social media is that it empowers all supporters to be creative and start something up. He said that no one has a monopoly on good ideas and that the great thing about Social Media is that campaigns can go viral without large marketing budgets pushing them, although you still need creativity. He added that you have to ‘put stuff out there’ and encourage the dialogue and conversation.  However, he added that Charities could do more though, but they are still learning.

Joe said that Social media is part of the social landscape for younger people and older people and board members need to embrace this. However, Joe didn’t think it was necessary for everybody on the board to be using Social Media constantly. Instead, they need to empower their community to be part of the conversation and generate new ideas.  The board, however, needs to understand it is an important communication tool and that it needs resources and investing in.

The Stroke Association had a campaign running for Action on Stroke month, where they asked a variety of celebrities to say one joke to camera, which was getting lots of pick up online.

One thing the Stroke Association has found invaluable is peer to peer support. Like most charity websites, they have a forum page, although this has been eclipsed by Facebook. They have also found Facebook pages run by parents of stroke victims, this is so important for the charity.  These pages let people know they are not alone and give bits of advice and point people in the right direction.

The challenge for the charity, however, is how to mediate these conversations.  Joe explained they rely on the community to alert to thing, but they are learning about how best to respond all the time. Joe said they have created guidelines for all their people on the language to use on social media but you have to have trust your teams.

Joe believes Social media has a key role to play in all aspects of business but especially in charities. He explained that they work with a whole range of smaller charities and organisations and as an example, it is easier to raise awareness and support each other by simply adding a hashtag to a tweet. One issue, however, is that people dip in and dip out of social media, so charities needs to know how to get people to come closer.

Joe said that charities can develop their communities even more by nudging them can’t controlling them, but they need to be listening to them. They of course still need to look after the money, but they do not want to lose the activism, which is what he feels makes charities different. Therefore, from his point of view, social media is exciting, but it is slightly scary, as you don’t know which direction it is going in.